Gymnastics story lines, 10 teams to watch and athletes to follow

Lakeville North and South both seem poised for success, co-ops forming and breaking, and more stories. 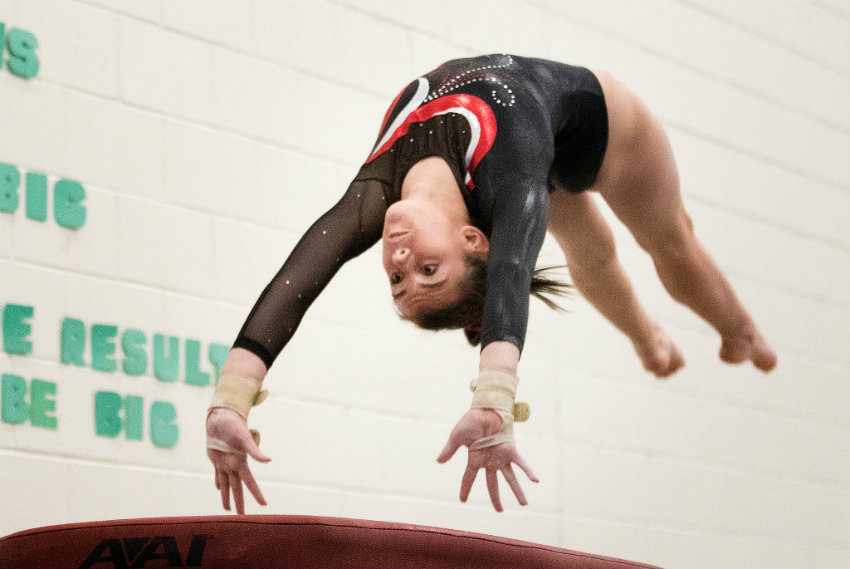 Lakeville North's Delaney Gipp will be relied on to help get her Panthers past their crosstown rival, Lakeville South. Star Tribune photo by Carlos Gonzalez

Lakeville love: Lakeville North’s 2017 Class 2A team championship was the first for the program since the Panthers’ run of nine titles in 11 years ended in 2003. The district split into two high schools, North and South, in 2005, and each school has methodically built a solid program on that championship foundation. This year, both schools can boast top-notch programs with state championship dreams. Problem is, both are from Section 1. When the 2018 state meet rolls around, one will be forced to watch from the U of M’s Maturi Pavilion bleachers.

Perspective: Roseville’s crack coaching staff — Mike Flatten, Mark Curley and Julie Castellano — rarely talked about winning, even when the Raiders were setting state and national scoring records a decade ago. Roseville’s talent pool is down from its glory days, but the message is the same: Have fun, be supportive and build lasting relationships. It’s a foundation for success, regardless of what happens in the gym.

Co-ops form, co-ops dissolve: For the first time, Apple Valley (a one-time large-school powerhouse) and Eastview are combining to form a single team. Elk River and Zimmerman are back together. But Blaine and Andover are no longer conjoined and will be separate teams for the first time. They will, however, still train together as they share a common coach in Dan Salava.

Lakeville North: The defending Class 2A champs lost a good one in Anna Altermatt, who is not competing in high school this season. But the core of the Panthers — senior Delaney Gipp and sophomores Ashley Goodlund and Rachel Steiner — are good enough to lead another state championship bid.

Lakeville South: The Cougars had a great season last year overshadowed by their crosstown rivals. Led by a potential all-around champion in Mykaela Doornbos, they hope to correct that this season.

Maple Grove: The Crimson are the sum of their parts: No elite gymnasts, but a solid lineup throughout.

Cambridge-Isanti: Year-in and year-out, the Bluejackets are among the state’s best. They have a record 27 Class 2A state meet appearances

Anoka: The program has bounced back from having just five gymnasts less than 10 years ago to 28 this season and have a realistic shot at a state tournament berth.

Forest Lake: While East Ridge and Stillwater are the teams to beat in the Suburban East, Forest Lake will push them.

Watertown-Mayer (1A): The pieces are in place for the Royals, fifth in Class 1A last season, to move up. 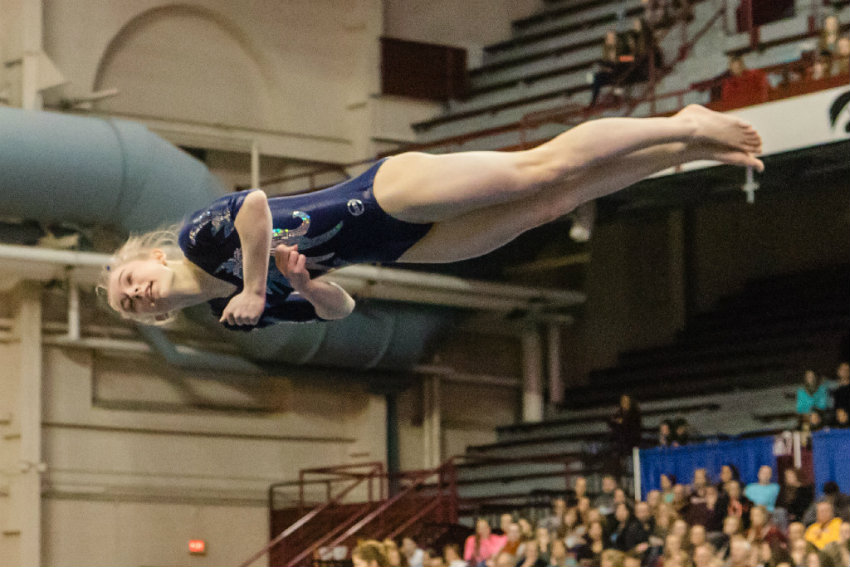 Champlin Park's Chaney Neu mid-jump during the floor exercise, in which she placed first at the 2017 Class 2A all-around championship. Photo by Matt Weber, special to the Star Tribune

Ten to flip over

• Ailsa Gilbert, Watertown-Mayer, jr., (1A): Fourth on floor, fifth on vault in the 1A individual meet last year.

• Cassie Kahrer, East Ridge, jr.: If her ankle holds up, state meet hardware is a likely.

• Sophie Redding, Henry Sibley, sr.: The 2A vault champ in 2016 was fourth in floor, third on bars last year.

• Rachel Steiner, Lakeville North, so.: Fifth in the 2A all-around last season.

• Hannah Tuomela, Anoka, sr: On the short list of potential 2A all-around champs this season.