The Cougars are trying to make their first state meet as a team since 2008. 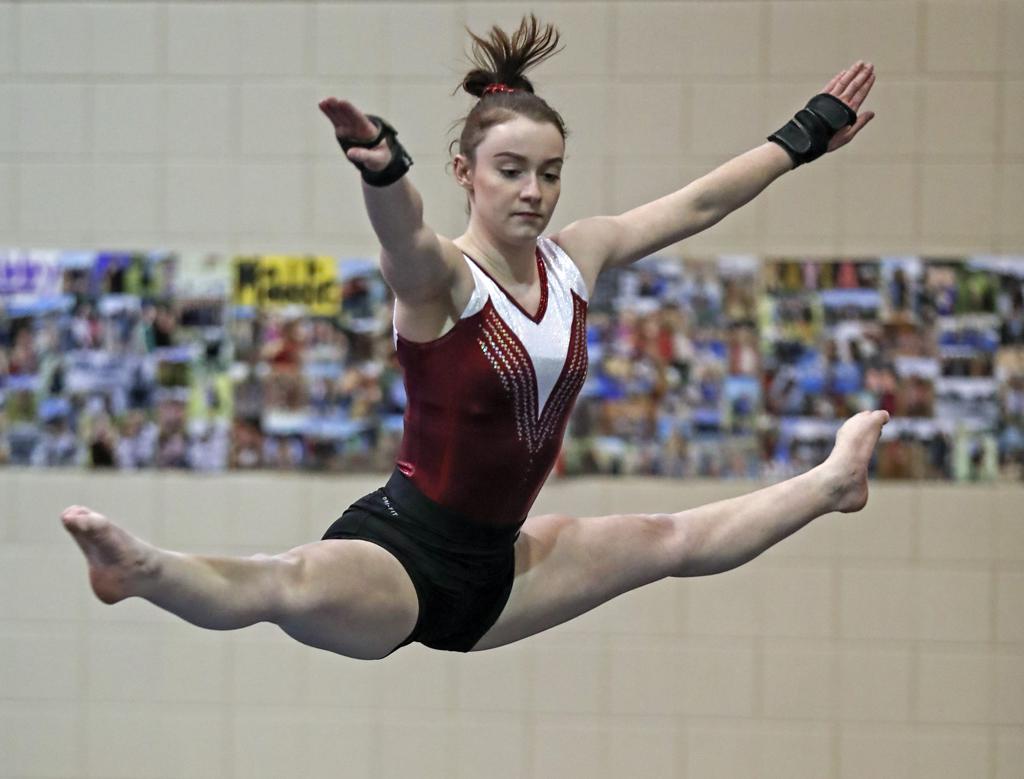 Rotegard, in his fifth season at the helm of the Cougars, has watched the group improve each year under his direction. They were the Class 2A, Section 2 runner-up last season to eventual state champion Lakeville North, and finished in the top seven in the state in scoring average.

“Our goal every year is to be better than the previous season,” Cougars senior captain Sarah O’Connell said. “We want to keep climbing as a group.”

The Cougars haven’t appeared as a team in the state meet since 2008. What stands between them and that goal is their crosstown rival and state power.

“There is no doubt we can make it to state,” Wenzel said. “How hard we work will determine if we get to that point.”

Wenzel is coming off a fifth-place finish on the balance beam in the state meet last year. Two of the top four have since graduated. She also qualified for state on the floor exercise.

“We’re all very motivated to achieve our goals,” Wenzel said. “It’s a challenge.”

The Doornbos sisters joined her in the state meet a year ago. Mykaela finished eighth on the balance beam while Ally participated on the vault.

“Our senior class is the most talented group of seniors we have had in my time at Lakeville South,” Rotegard said. “They are a very mentally tough group, and all three are what I call ‘gamers.’

“We always preach that our seniors and upperclassmen always help to continue our culture and establish what legacy each year’s team leaves behind. These three, along with the other upperclassmen, have a goal of leaving their own mark on our program.”

The Cougars’ roster could be bolstered by eighth-grader Leah Schonthaler and seventh-grader Ella Erickson. Schonthaler competed on the junior varsity most of last season.

“We are loaded with depth, and the majority of our junior varsity team is returning with improved skills and experience as well,” Rotegard said. The Cougars’ junior varsity squad broke the school scoring record at that level the past two years.

“A lot of focus is usually on the varsity team, but a lot of credit goes to our younger girls and junior varsity competitors as well,” Rotegard said. “Those girls come in every day and work their tails off to improve, and their hard work shows. I am very proud of those girls and, as a team, we have taken a lot of pride in watching them.”

Wenzel expects even better things for the Cougars in the upcoming season.

“We’ve cleaned up our form, and are working on even bigger skills now,” Wenzel said. “We’re really helping each other out, and working together.”

That’s what the Cougars will need to do to be successful.

“We don’t have one person who can carry the team,” Wenzel said. “Everything we do today as a group will help us tomorrow.”

Said Rotegard: “Our biggest focus always centers around the team and not any individual. Each year our goal is to be better than the season before. I give a ton of credit to the girls and their hard work . The girls always set the team goals, and each year they work hard to reach those goals.

“Do we talk about scores and winning? Of course we do, but the attention is always focused on the program and pursuing the high expectations we always have as a team. Team success always leads to individual success, and that’s the way we approach it.”