Lakeville North gymnastics No. 1 and aims to stay that way

No. 1-ranked Lakeville North's scores are improving weekly as it seeks gymnastics supremacy. 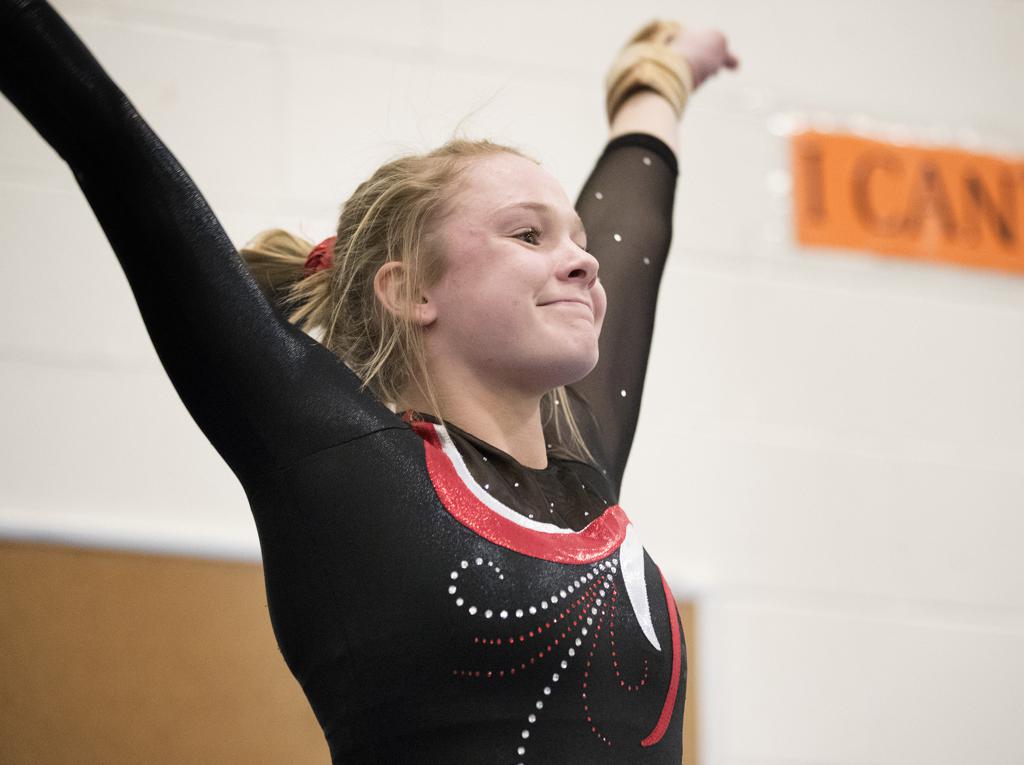 The junior and her teammates are fighting through the pain while trying to regain prominence. The Panthers are the No. 1-ranked team in Class 2A by the coaches association.

The Panthers’ highest finish in the state meet since the district split into two high schools in 2005 was third place 10 years later. They won 10 championships, nine of which came between 1993 and 2003, before the separation into two schools. Their other state championship team was in 1986.

A year ago, Lakeville North finished a disappointing last (eighth place) in the state meet. Volk suffered a fractured forearm and dislocated elbow in the preceding Section 2 meet.

“I thought I had let my team down at that moment,” Volk said. “I was happy they made it to the state meet.”

That brief respite quickly took a turn for the worse.

“Every one of us was disappointed about that finish,” Volk said. “It motivated all of us to come back better this year.”

The Panthers have done just that, watching their scores gradually climb on a weekly basis. They also know what it’s going to take to be considered the state’s best team.

The top-ranked school in Class 1A, Detroit Lakes, recently finished ahead of the Panthers in the Lakeville Invitational. The Lakers accumulated an exceptional score of 151.600 in winning the 16-team meet. Lakeville North was the runner-up at 149.700.

“I believe we can be a 150-plus team, as long as we work together as a team,” Lakeville North coach Teri Homan said. “This team is very talented.”

The Panthers have three gymnasts, including Volk, back from a year ago. The other two are senior Heather Nelson and freshman Ashley Goodlund.

“These girls came back way more determined to make sure they don’t finish at the bottom of the state tournament this year,” Homan said. “They have all trained hard in the offseason to get better.”

Their rotation has been bolstered by an outstanding youth movement. Freshmen Anna Altermatt and Rachel Steiner and seventh-grader Kaitlyn Nguyen highlight the group.

“We have four new gymnasts [including junior Delaney Gipp] on the team this year, and they are all starting to gel as a team,” Homan said.

Altermatt, Gipp and Steiner were all members of the Classic Gymnastics club team in Chanhassen a year ago.

“Our new gymnasts have helped us a lot,” Volk said. “They all have a lot of talent and are good people as well. They fit right in on our team.”

The district hasn’t had an individual champion since Kelli Nygren won the uneven parallel bars and vault in 2000. Lakeville has never produced an all-around champion.

Steiner and Altermatt have two of the top seven scores in the metro area in the all-around. Steiner scored 38.45 and Altermatt 38.05. They both also rank in the top five in the floor exercise and uneven parallel bars. Steiner is also third on the vault with a 9.725.

“We all have different talents and contribute to the team,” said Gipp, who excels in the uneven parallel bars. She and Altermatt have both registered a 9.70 in the event.

“We’re working super hard right now. We want our hard work to pay off at the end of the year,” Gipp said.

As well as in the future.

“This program accomplished so much in the past,” Volk said. “We want to bring it back to where it used to be.”