Roseville and St. Cloud Tech remain on top as a new season begins. 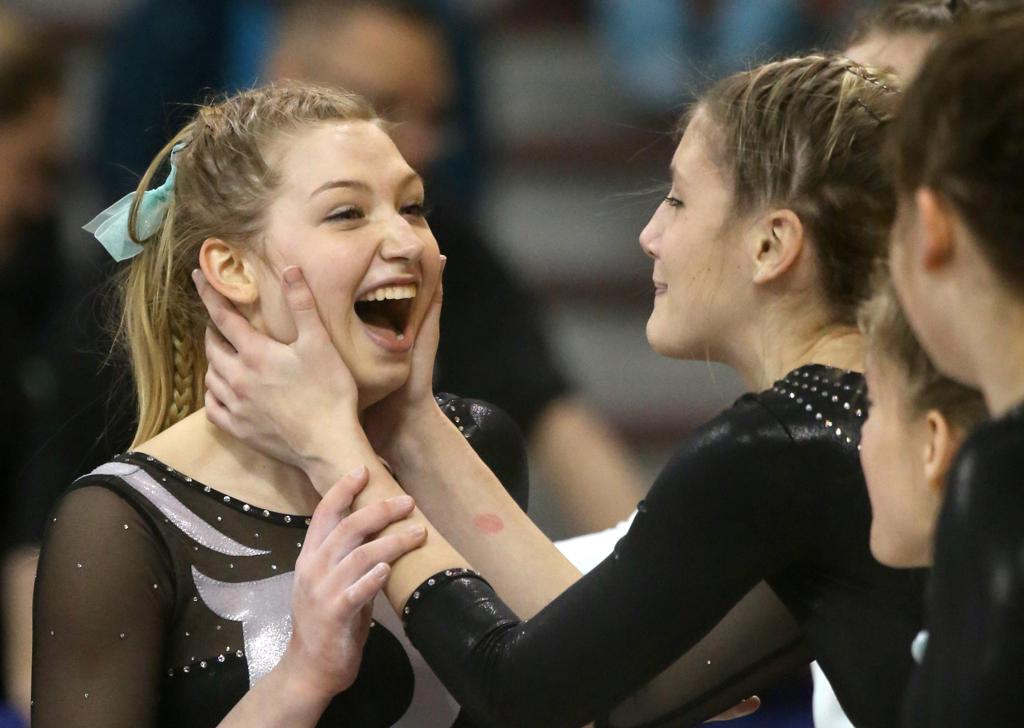 1. Roseville, St. Cloud Tech on top: St. Cloud Tech had the best meet in team history in 2016, rewarding its MS-stricken co-coach Colleen Stark-Haws with the Class 2A team title, the first team championship in the program’s history. It was an emotional victory, one celebrated by the entire gymnastics community, not just Tigers fans. Tech has the core of its team returning, including seniors Lara Aycock and Allison Seehusen, but getting past perennial power Roseville will be tough. The Raiders, second in 2A last season after four consecutive state titles, looks primed to regain its top spot. They feature two of the state’s top all-arounders in Kayla Soplata and Jessica Strecker and two other state tournament veterans in Olivia Rosenow and Allison Weiker.

2. The blueprint: Roseville has been so dominant over the past decade or so – eight titles in 11 years – that too often, teams went into the state meet thinking they were competing for second place. While that may have been true occasionally as Roseville has fielded some of the best teams in national history, St. Cloud Tech showed that the Raiders, while formidable, are not unbeatable. Teams such as Cambridge-Isanti, Champlin Park, Rosemount, on the right day, could all have a meet to remember.

3. Athleticism over artistry: Lost amid the yearly minor rules changes handed forth by the National Federation of High Schools girls’ gymnastics rules committee was a potentially significant shift in how routines are judged. The committee has de-emphasized the requirement for artistry and originality in routines in an attempt to reduce subjectivity. “Originality isn’t going to be as prevalent in high school,” said Becky Oakes, the NFHS liason for girls’ gymnastics in the committee’s official announcement. “Gymnasts do not need to come up with something unique as part of their exercise.” The revised rule will make it easier for judges to score based on athleticism rather than artistry.