The Raiders started unusually slow, but the state's top-rated team was super on the uneven bars. 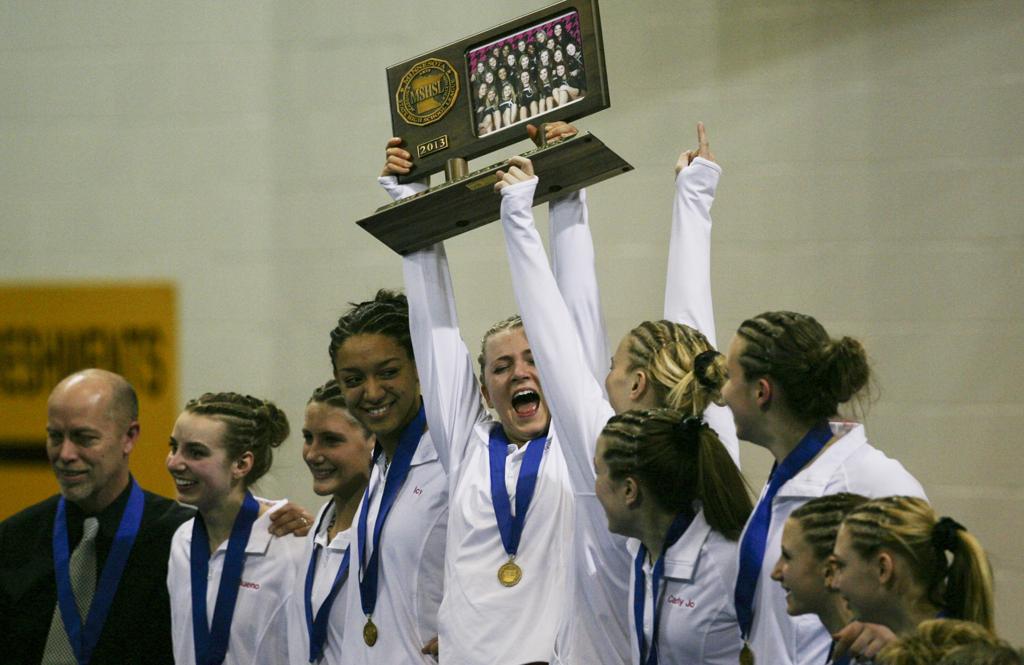 It may not have gone exactly how they planned, but the final result was the same. And for Roseville, that's all the mattered.

The Raiders started uncharacteristically slow but rallied and finished with a flourish on the uneven bars -- their final event of the night -- to win their second consecutive Class 2A team championship and sixth in the past eight years.

"We talk all the time about adversity," Raiders assistant coach Julie Castellano said. "It's about how you fight back. Our best event is the uneven bars, so we knew what we had to do. We never got down on ourselves."

With so many championships to their credit, it would be easy to assume that another is just more hardware for the Roseville trophy case.

Junior Katie Quigley was Roseville's best all-arounder and emotional leader when the season began. But torn ligaments in her right knee sidelined her.

Instead of wallowing in self-pity, she refocused her energies behind two bold predictions.

"One, that we would still win the state championship," she said. "Two, that I will be back this season."

Quigley practically lived in the Roseville gym, rehabbing her knee and becoming the Raiders' biggest cheerleader.

"She was still there for us," Castellano said. "Just her role changed."

Quigley got medical clearance to compete on the uneven bars just before the meet. With a large knee brace, she tried in warmups, but her knee didn't respond the way she'd hoped. So she gave her spot to another gymnast. "I had to give up on one dream to get the other," Quigley said.

Difficult, sure, but it turned out to be the right move as Roseville dominated on the uneven bars, slipping into first place on the final event of the night.

"At first, it was hard to go back to the gym," Quigley said. "But then I realized that it wouldn't have happened if there wasn't a bigger plan. I wouldn't change it for anything."