Northfield's Bailey DuPay hits her landings like few others, in the diving pool and on the gymnastics floor. 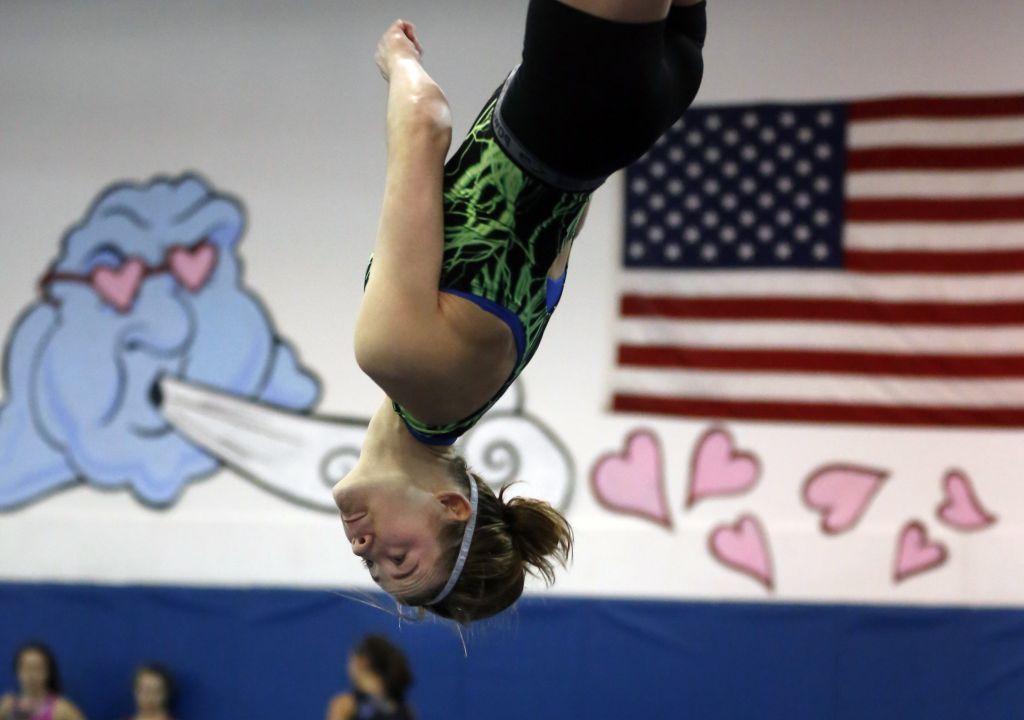 After winning the Class 1A 1-meter diving championship in November -- her second title in two years -- Northfield sophomore Bailey DuPay traded her swimsuit for a leotard and began training for her fourth year of high school gymnastics.

A few handsprings, pikes and double-backs later, DuPay, who finished third in the Class 2A all-around at the 2012 state meet, was ready for the season. Never mind that she hadn't seen a gym in nearly four months. Been there, done that.

"My first day back in gymnastics, I was throwing skills I did at the state tournament," DuPay said. "My teammates didn't really understand how I could come back that soon, but that's the way I am. I'd rather do a skill, get it done and move on to something else."

A gymnast since age 3, she is an enviable combination of strength, coordination and fluidity -- the ideal package for the sport. Quite simply, she is a natural. Her talents will be on display at this weekend's state meet.

"She's amazing in that she doesn't really work out in the offseason but is pretty much able to pick up right where she left off," said Northfield coach Melissa Bernhard. "I have never coached an athlete who can do that like Bailey."

Proof that she is the state's most gifted high school gymnast came on Jan. 26 at the Northfield Invitational.

DuPay posted a personal best all-around score of 38.95 in the meet, scoring no lower than a 9.7 in any event. That consistency, coming barely two months after the extended break for diving, stands as the most impressive individual performance of the high school season.

"I really didn't expect that," she said. "That was kind of a cherry on top of the season."

There is a Kryptonite to DuPay's success, however. Like many gymnasts, the constant pounding has taken a toll on her body. She competed in the 2012 state meet with a torn meniscus in her knee.

Last Friday, despite a possible stress fracture in her right leg, she cruised to the Section 1 all-around title with a score of 38.475.

As the injuries have mounted, DuPay acknowledged her days as a gymnast may be numbered.

"I love gymnastics, but there's definitely a point where it gets nerve-racking, dealing with injuries," she said. "I'll probably end up choosing diving over gymnastics. It's so much easier. I don't get hurt in diving."

The day when she'll be forced to make that choice might be getting closer, but for now, DuPay is throwing all of her energies -- and talents -- toward the state meet.

"I thrive on crowds," she said. "The main thing I'm focused on is having fun and putting on a show. I'm a leader on this team. If we all have fun, it will come together."