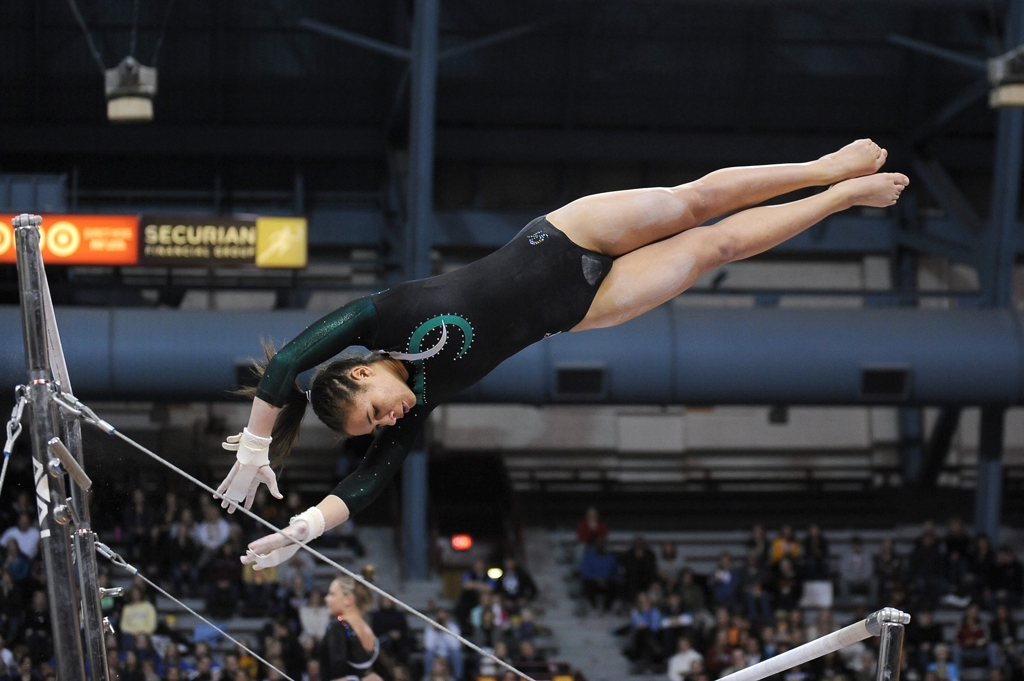 Park of Cottage Grove’s Kasondra Tulloch was second in the all-around competition in Class 2A last year.

Another Raiders dynasty?
Roseville’s Raiders set high standards in winning four 2A championships in a row from 2006 through 2009. Two-time defending Class 2A champ Northfield, also known as the Raiders, looks primed to win a third consecutive title, returning nearly its entire lineup from last year, led by seniors Meaghan Howell and Sveta Mason. Both are not only high achievers but leaders who can coax championship-caliber performance from teammates in pressure situations.

Three-for-one
Jenn Bartlett has coached Elk River/Rogers/Zimmerman to wonderful regular-season success, but MSHSL rules force the three-school co-op — a combined team during the regular season — to field individual teams for section meets. In fact, Elk River and Rogers have both been placed in Class 2A, Section 8 this season, meaning Bartlett will be coaching against herself.