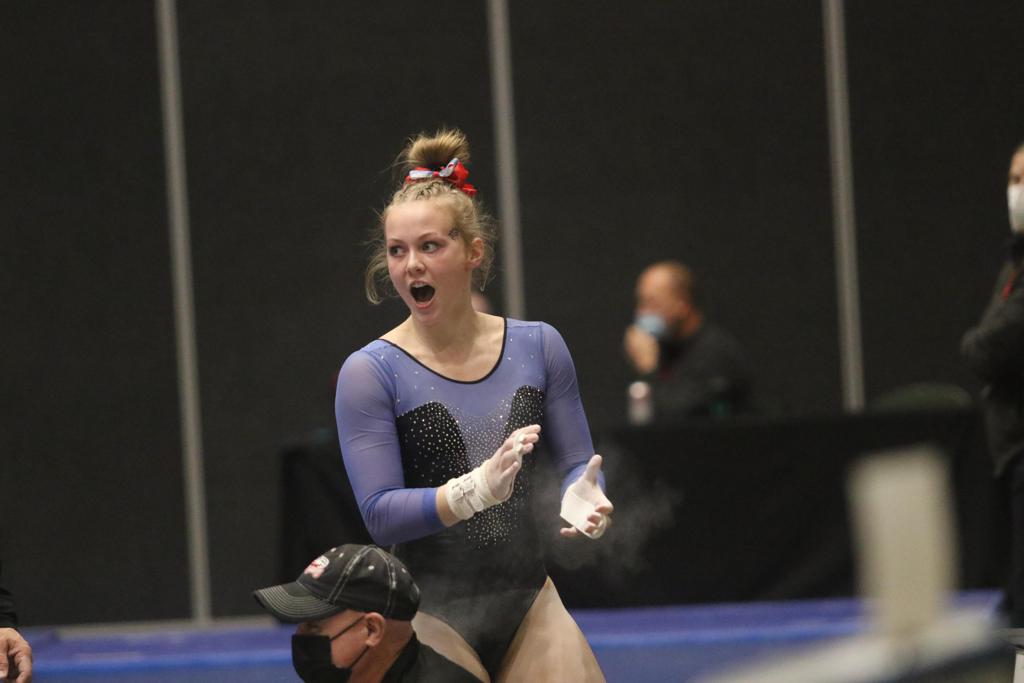 What many thought was a foregone conclusion became far less certain as the Class 1A gymnastics state meet progressed. Friday In the end, a pair of clutch uneven bars performances rescued Watertown-Mayer/Mound-Westonka’s state championship aspirations, lifting the Royals to a winning team score of 145.750, just .15 better than runner-up Mankato West’s 145.6.

Royals coach Steve Hangartner, whose team had been dominant in Class 1A all season, confessed he was starting to believe his team was on the verge of its first finish outside first place. “I was hoping we were going to hold on to second,” he said. “When I saw Mankato West’s unbelievable beam, I thought we’d have to have unbelievable bars.”

Which they did. Needing two big bars routines to pull out a victory, they got a 9.625 from senior Anna Mielke and a 9.675 from junior Reagan Kelley, just enough to push them over the top.

“We kept on coming and Anna got really fired up,” Hangartner said. “And then Reagan said ‘I’m sticking this, Mr. H. We’ve been working on this forever.’ And then she stuck it.”

It was the second straight team title for the Royals but the first one that felt like a real championship, said Mielke.

“Last year, with COVID, we found out we won sitting in a golf course restaurant in the back room,” she remembered. “Winning it this year, in the Roy Wilkins Auditorium, was kind of the childhood dream moment. It really meant a lot, getting to have that moment with our parents and all these people and getting to have it here.”