The junior took a less-traveled path to gymnastics excellence. This season she was the metro area's top-placing all-round performer in leading her team to the Class 1A state championship. 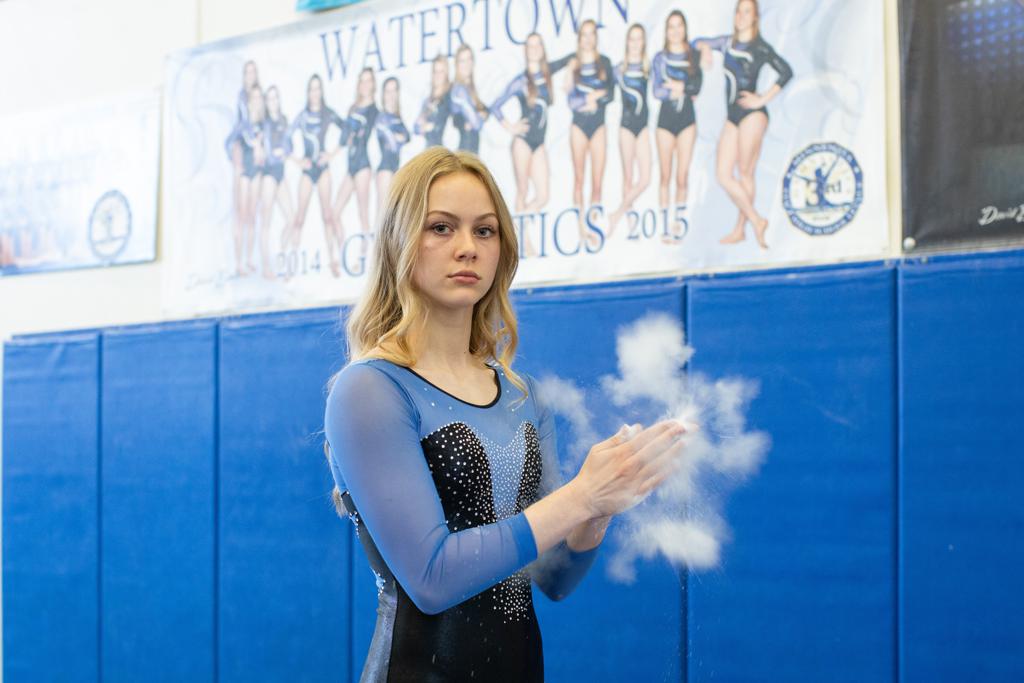 Anna Mielke’s path to gymnastics excellence was different from most.

The Watertown-Mayer junior, the 2021 Star Tribune Metro Gymnast of the Year, never set foot in a pricey gymnastics club, never learned to tumble among the hordes of 5- and 6-year-olds on the first rungs on the gymnastics stepladder.

When she was about 8 years old, Mielke tried the Watertown-Mayer community gymnastics program for the time.

“I fell in love with it,” Mielke said.

She’s been a regular with the club ever since. Her dedication to the Watertown-Mayer high school program, which competes in a cooperative with Mound-Westonka, resulted in her playing a significant role in the team’s biggest achievement: Winning the Class 1A team championship.

“That was huge and almost surreal,” Mielke said. “It was one of those moments I’ve dreamt about since I started gymnastics.”

The unquestioned team leader, Mielke was Royals’ top all-arounder, finishing second in the state meet with a score of 37.375.

But it was her work as team captain where she made her mark. While she was always willing to give words of encouragement or inspire her teammates, the fourth-year veteran figured out that leading by example is often the best route.

“Hard work and verbal encouragement is important, but I’ve learned that you can talk as much as you want, but sometimes seeing it done is more powerful,” Mielke said.

That comes in most handy, Mielke said, on days when motivation is scarce.

“There are days when I’m not feeling it,” she said. “But you know the younger girls are watching you. You have to make an example of yourself and hold yourself accountable.”