Sartell vaults all the way to top

A year after moving up a class, the Sabers won with “dream team'' that includes all-around champion Marley Michaud. 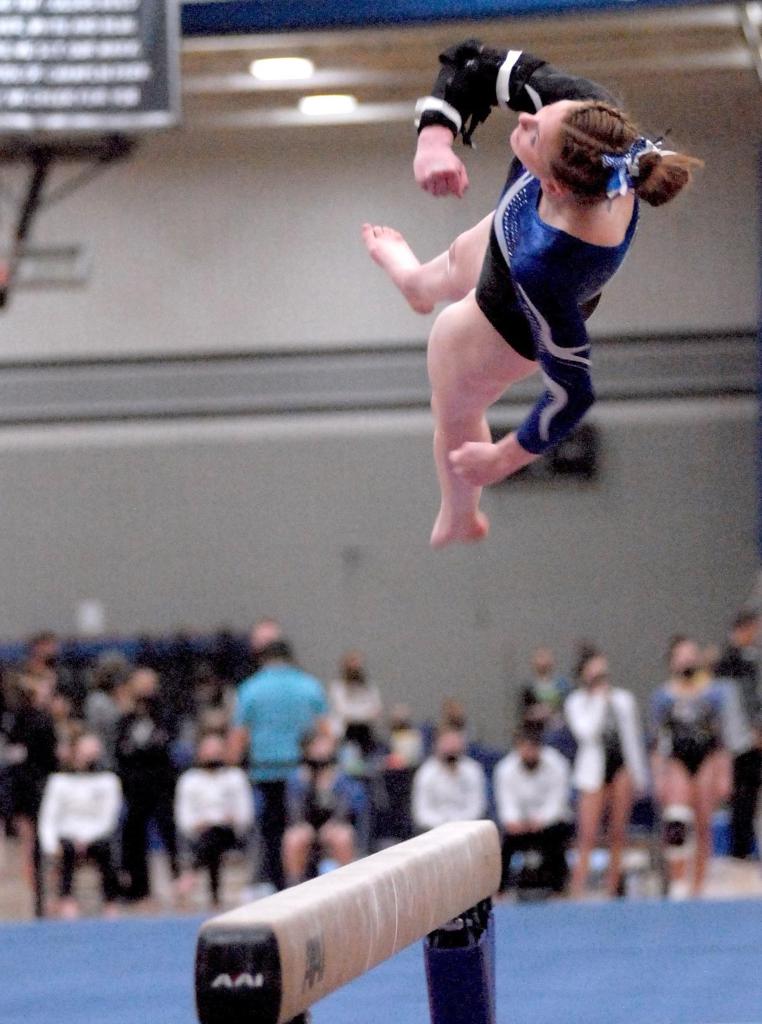 It all began last year when Sartell’s gymnasts, in the program’s first year in Class 2A, surprised everyone but themselves by finishing as the runner-up in the state meet.

Flush with the confidence of knowing they belong, the Sabers took last year’s achievement one step further Saturday, winning the Class 2A team championship with a team score of 148.05.

Forest Lake, which led after the first session, was second with a score of 146.775.

Sartell coach Briquelle Olson said the victory was no fluke for a team that had been competing against only the large schools for two years.

“This team put in the effort, the hours, the dedication,” Olson said. “They had the full package. This was our dream team.”

Returning all but one senior from a year ago, the Sabers started well in their first rotation, the vault. They posted a team score of 38.2 in the event, the best single event score for any team in the meet.

“It fired everyone up,” Olson said. “We knew if we started off strong, we could use that energy.”

One gymnast in particular was a catalyst for the Sabers’ vault success. Senior Marley Michaud had a nearly flawless Layout Yurchenko that scored a 9.875, the highest score of the meet. It not only helped elevate the Sabers to their first team championship, it helped launch her to win the all-around championship.

Michaud took a commanding lead in the all-around race after two rotations, after her strong vault with an almost equally strong effort on the uneven bars with a 9.725. Not even a fall off the balance beam derailed her title bid. She finished with a 38.125 total.

Her score topped that of Forest Lake’s Claire O’Gorman, who led with a 37.85 after the first session.

That vault, Michaud said, was important to entire meet. “It gave me so much confidence. It was my personal best by one-tenth,” she said.

But the biggest factor may have been the different format of the meet this year.

COVID concerns led the Minnesota State High School League to combine the team and individual competitions into a single day for each class. For Michaud, having her team with her helped settle her nerves.

“I tend to get ahead of myself and let the pressure get to me,” Michaud said. “Right before the floor exercise, [my teammate] Carly Hicks told me, ‘Do what you normally do. You got this. You don’t need to stress.’ That calmed me down a lot. It was great having the entire team together.”

Olson said she brought the team along slowly to keep athletes healthy.

“They hadn’t practiced at all before the season,” she said. “We intentionally held them back. They were raring to go, champing at the bit, but now we’re the healthiest we’ve ever been.”

The meet was held at Champlin Park High School instead of the usual U of M Sports Pavilion and did not have a traditional awards ceremony afterward out of safety concerns.

“It would have been nice to have a celebration,” Olson said, “have the girls go crazy and hug their parents. But a win is a win.”

Said Michaud: “I’m on top of the world. Nothing could be better than this.”

Michaud also took first place in the vault and uneven bars. Keely Sisco of Forest Lake won the balance beam with a score of 9.575, and O’Gorman won the floor exercise with a 9.65.