The No. 1 Royals won their first Class 1A title in 17 trips to state for their coach, while Olsen, of Perham/New York Mills, prevailed despite a fall on the beam. 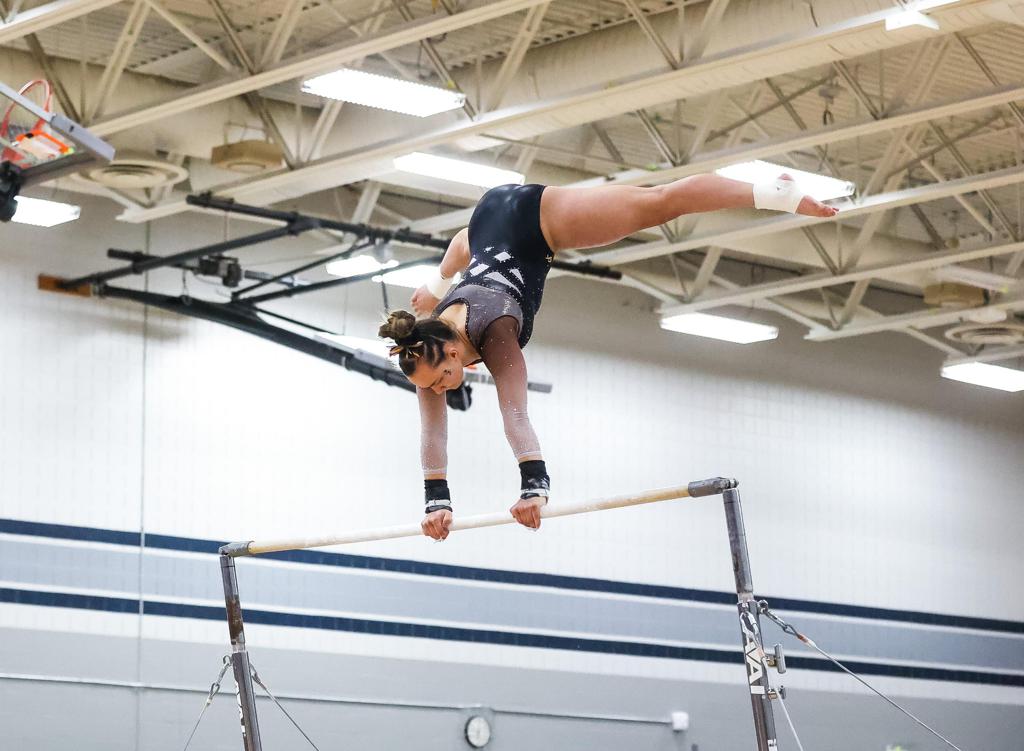 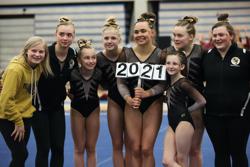 Freshman Maggie McCabe isn’t one of Watertown-Mayer/Mound Westonka’s oldest gymnasts. On the balance beam, she isn’t usually one of the Royals’ best.

Coming into the Class 1A state meet Friday, coach Steve Hangartner didn’t know whether McCabe could even compete for the top-ranked Royals. Wednesday, she missed her foot on a dismount and thought she dislocated her big toe.

McCabe didn’t work out Thursday. And she didn’t warm up well Friday. Hangartner had an alternate ready to go. McCabe told him no need.

And she meant it. McCabe scored a 9.125 on the beam, an event in which the Royals had two falls.

“The beam could have been a disaster,” Hangartner said. “She really stepped up. We needed that. She kept us in it.”And she helped give Hangartner his first state championship in 17 trips as the Royals scored a 146.350, edging out Pine Island/Zumbrota-Mazeppa (146.025) and Mankato West (143.750) at Champlin Park High School. 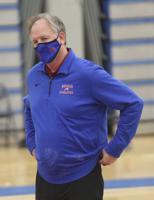 “Being able to win this for our team and also for him means so much,” Royals junior Anna Mielke said. “I’m super honored to be part of the team that gives him this championship.”

The Royals had to wait about seven hours to learn if they’d won. Because of COVID-19 precautions, four sections competed in the morning and four in the evening. The Royals watched the virtual awards ceremony on a livestream at a local restaurant.

Jada Olsen is congratulated by her coach following her first vault. Olsen's score of 9.875 put her in first place in the event. Photo by Cheryl A. Myers, SportsEngin

A fall on the beam looked to put Olsen’s all-around championship in jeopardy. She finished 44th on the beam.

A good kind of shock, as she edged Mielke. The Royals know that feeling.

“It would have been nice to have won it by a couple points, but when it’s down to like three couple tenths, then it means even more,” Hangartner said. “I’ve been on the other side of that when you lose by a tenth or two. To come out on the winning side, you start thinking about every little tenth that means something. That will be something the girls remember forever.”