Neu’s unprecedented score of 10 in a vault in the 2019 state meet epitomized her stature atop the Minnesota high school gymnastics scene until a knee injury ended her athletic career. 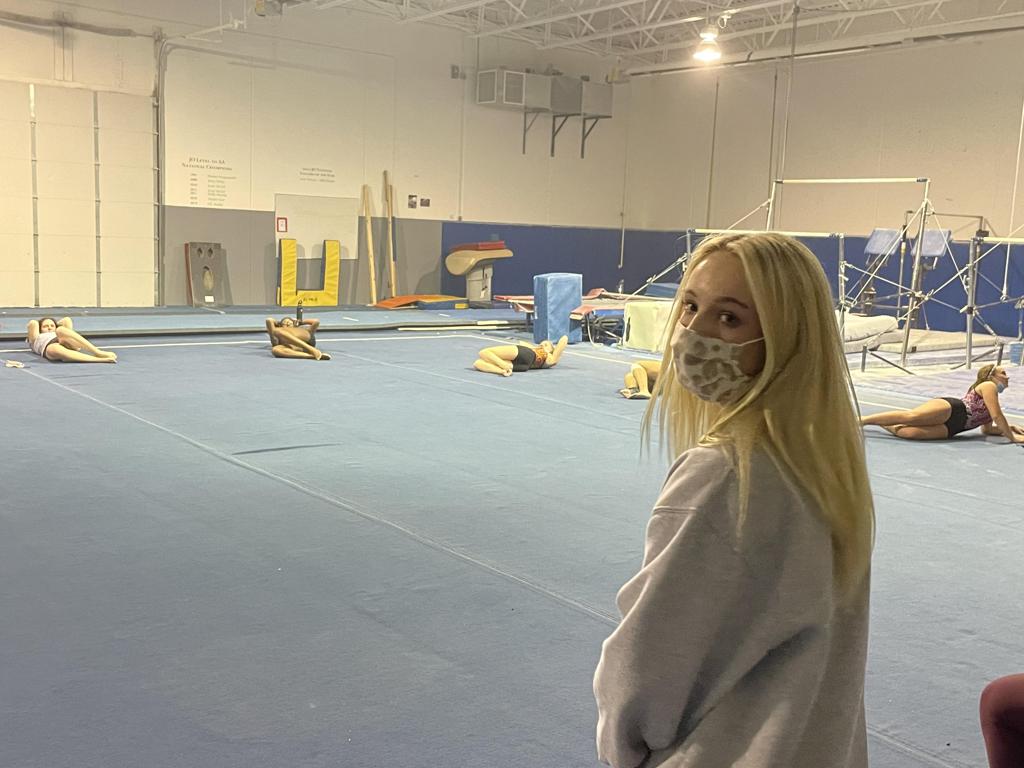 Then a sophomore, Neu was coming off of one of the most heralded performances in state meet history, having posted the first perfect 10 in championship level competition. That exceptional vault came en route to her third consecutive Class 2A all-around championship, setting her up for the chance to become the state’s first five-time winner.

To put it simply, Neu was on pace to be the greatest gymnast in state history.

Her final routine at a high-level club meet in May of 2019 changed all that. Neu injured her right knee, tearing her meniscus, MCL and ACL.

It’s an injury from which she’s never fully recovered, largely because of scarring. Almost two years later, Neu says the pain is mostly gone. But she knows she will never again be the gymnast she was.

“It still hurts when I stand for a long time, but it’s just not as strong as it should be,” she said.

Injuries are frequent in a sport where athletes tumble across floors and soar through the air, putting immense stress and torque on their joints. Plenty of gymnasts have had promising careers curtailed because of injury.

Neu is not lamenting what might have been or “why me?” Her life is moving forward and she’s not about to miss what comes next.

“I never got to decide because of how bad the injury was,” Neu said, reflecting on the comeback that never was. “It’s kind of a relief, actually. It gives my body more time to heal and I don’t want physical problems in the future.”

She spent last season as a team manager. This winter, Neu is a full-fledged assistant coach, dispensing advice and insights that remain fresh, her reputation leading the way.

“I really like it,” she said. “The younger girls, they respect what I say. It’s almost like they’re a little afraid of me, which they shouldn’t be. It’s more challenging with the girls that were on the team with me or are friends of mine.”

Champlin Park coach Jon Wynia said adding Neu to the staff came about organically. “I don’t remember who brought it up first,” he said. “The job just kind of evolved.”

Neu readily admits to being proud of what she accomplished. She occasionally still breaks out the video of her perfect 10, “just for the fun of it.”

She says she has no regrets, save for not having the chance to set a state record for all-around victories. And even that doesn’t feeling doesn’t linger.

“Am I sad? Not really. The only goal I didn’t get was to win state five times,” she said. “When I look back, I’m proud of what I accomplished.”

Wynia said winning three titles, which only four other gymnasts have accomplished, and the effect Neu had on drawing attention to the sport, is enough to consider her among the best the state has ever seen.“If she came back now, it wouldn’t change her overall impact,” he said. “She’s already up there as one of the greats. And every year, there are a handful of really good Level 9 and 10 club gymnasts that make the jump to [high school] because they saw what Chaney did.”

Five to watch this season

As the truncated gymnastics season gets underway, here are five names to watch among top performers: