Bella Frattalone is the Star Tribune Metro Gymnast of the Year 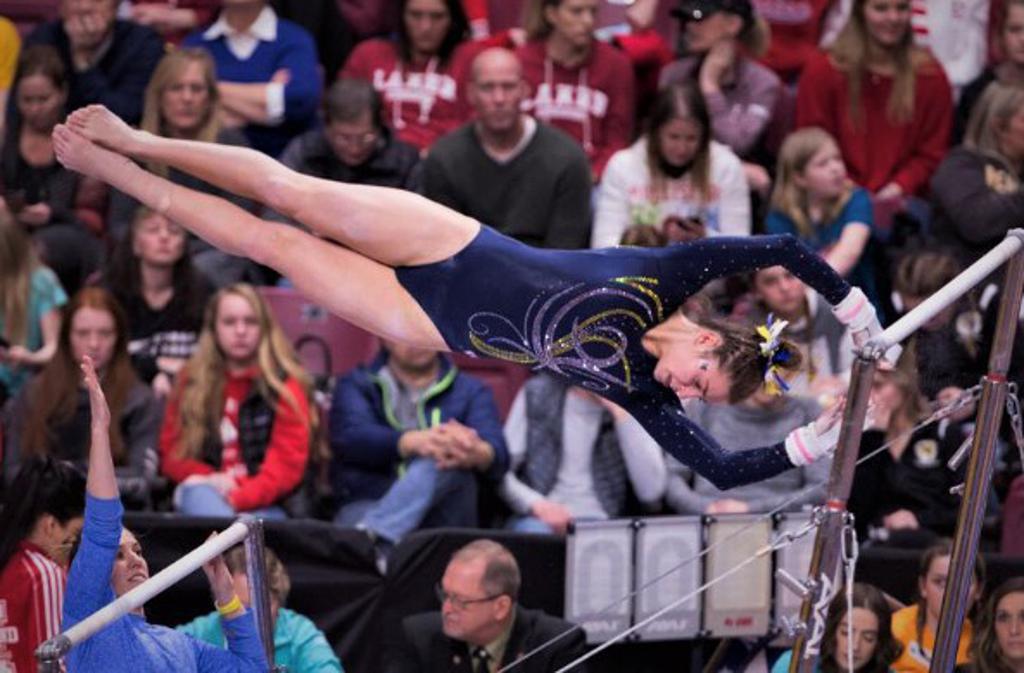 Mahtomedi senior Bella Frattalone soared off the uneven parallel bars during the Class 2A gymnastics competition at the 2020 state meet. (submitted photo)

A lifelong club gymnast when she reached high school, Bella Frattalone began to ask if she still had the fire to continue to with the long and frequent practices that are a part of club gymnastics.

“I made nationals in my sophomore year,” she recalled. “I wasn’t sure I still loved gymnastics, so I switched clubs to Classic Gymnastics in Chanhassen. I lasted until September. I realized it wasn’t the club, it was me. My motivation was not there.”

She won the Class 1A all-Around championship in her first year and followed up by winning the Class 2A title in February, becoming just the second gymnast in state history win one in each class.

She was enjoying gymnastics again. “I learned how nice the [high school] coaches were,” she said. “I could go to them with anything.”

She never expected the kind of success she found. She was simply looking for a less-demanding schedule.

“I never expected that much,” she said of winning state titles. “I just wanted to have fun and see where it went.”

With graduation approaching, she’s hanging up her leotard for good. She’s headed to the University of Missouri and has been accepted into the Trulaske College of Business. “I don’t want to do this for four more years,” she said.”

Frattalone said her best high school gymnastics memory was not her individual titles but something that wouldn’t have been possible if she’d stayed a club gymnast.

“Winning [the Class 2A, Section 4 meet] this year,” she recalled. “We had a better chance last year in Class 1A, but this year everyone worked that much harder.”