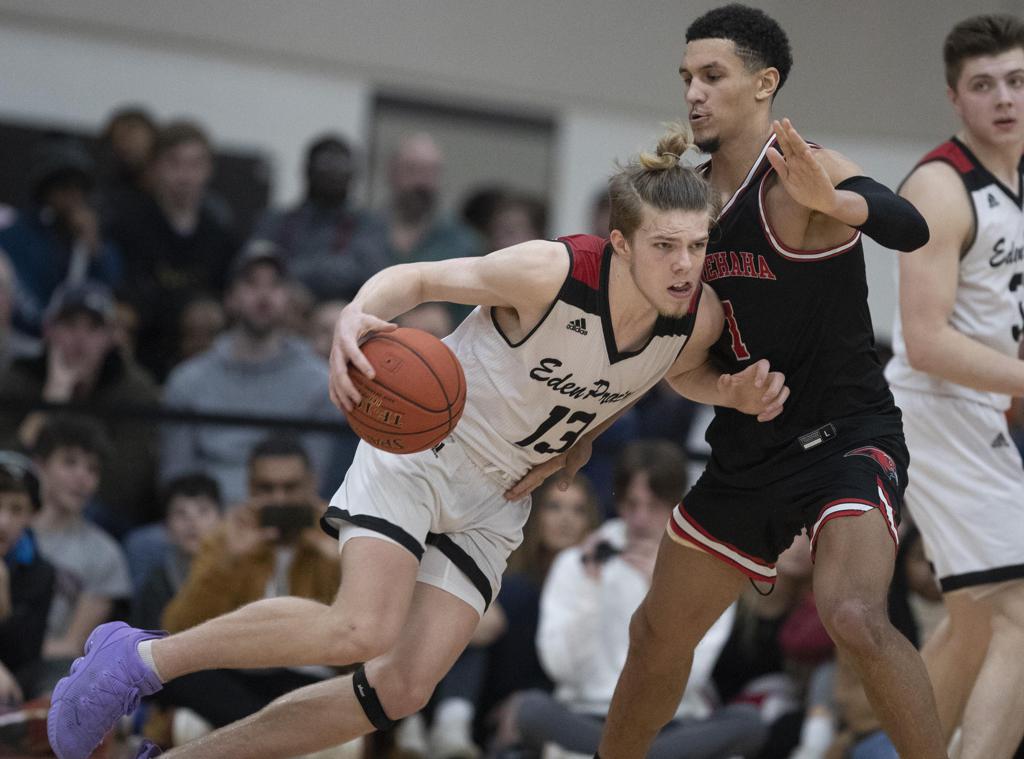 Eden Prairie's John Henry drove to the basket against Jalen Suggs of Minnehaha Academy in the second half of their game on Feb. 18. Photo: Jerry Holt • Jerry.Holt@startribune.com

True to form, the 6-5 guard wasn’t interested in personal accolades or fawning fans after leading the Eagles to a 78-64 come-from-behind victory over Minnehaha Academy on Feb. 18.

While Henry may have been the statistical leader, with seven three-pointers and a game-high 29 points, Henry preferred to emphasize the play of his team. The Eagles rallied from an 11-point first-half deficit and trailed by as many as nine in the second half before finishing with a 30-7 run to finish off the weary Redhawks.

“We definitely out-toughed them,” Henry said. “We emphasized that all week. They were starting to get gassed. They couldn’t handle that.”

Henry, who will play for the University of Sioux Falls next year, wasn’t finished. He scoring 32 points three nights later to lead the Class 4A, No. 1 Eagles to a 103-66 romp over St. Michael-Albertville, improving their record to 25-0.

Minnehaha Academy had been touted as perhaps the best team in state history. Eden Prairie used that as motivation and proved otherwise.

“We just proved everyone wrong by beating them,” Henry said. “We’re the best team in the state.”

In the final competitive gymnastics meet of her life, the senior became the second gymnast in state history to win all-around championships in both classes when she won the Class 2A title Saturday with a score of 38.575. She won the Class 1A crown in 2019.

The junior scored game-winning goals on consecutive nights to lift the Huskies to the Class 2A state championship. She scored 18 second into overtime to defeat Minnetonka 4-3 in the semifinals. The next night she broke a 3-3 at 12:58 of the third period in a 5-3 championship game victory over Edina.

The senior 152-pounder took first place at his weight at the Class 3A, Section 4 meet, winning all three matches by fall. He defeated Pee Doh of Roseville in the final, pinning him at 0:52. Lyden (42-1) earned his 175th career victory. 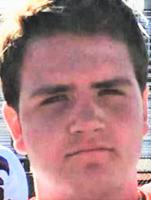 His coach was skeptical of his decision to compete as a heavyweight in the Class 3A, Section 6 meet after had lost 80 pounds before the season. But Ohm proved him wrong by winning the heavyweight title. “Truly a highlight of my career,” coach Bill McCloskey said.

Through two Class 2A, Section 5 games, the sophomore goaltender has yet to allow a goal. He made 12 stops in a 7-0 victory over Coon Rapids and slammed the door on Totino-Grace, making 26 saves as the Bengals’ slipped past the Eagles 1-0.