Unlike last year's championship in Class 1A, this one came in Class 2A and in her final competition. 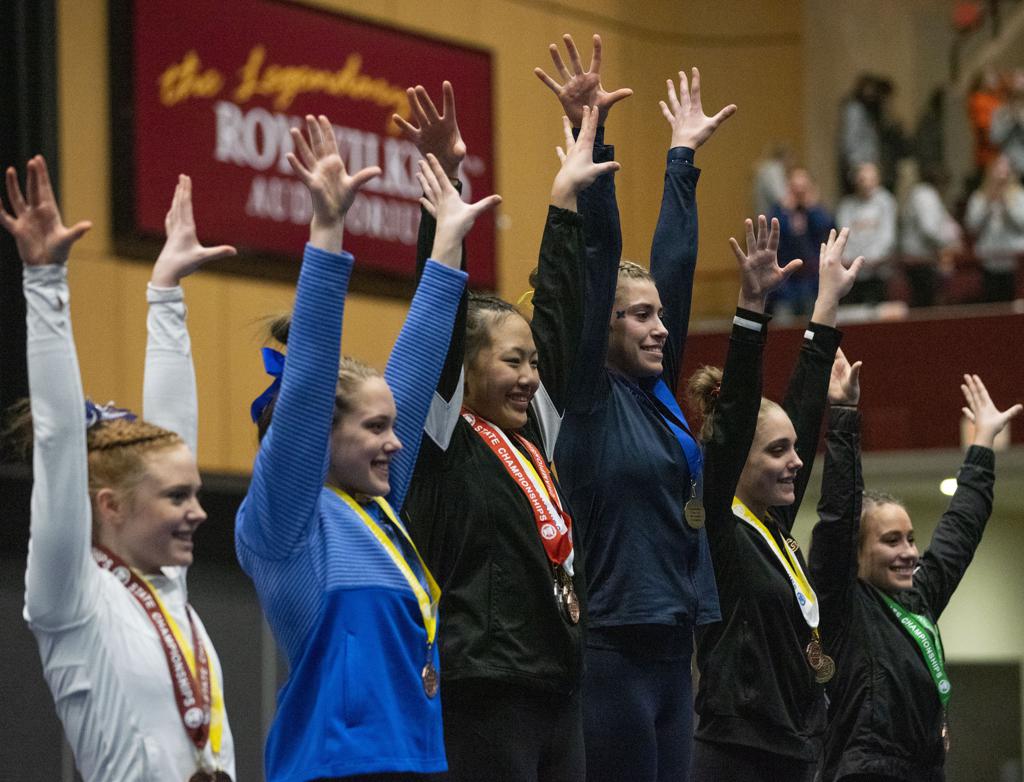 There was more than a little drama playing out in the final stages of the Class 2A individual state gymnastics meet.

Pre-meet favorite Bella Frattalone of Mahtomedi, the 2019 Class 1A all-around champion, had just vaulted, literally, into the lead in the chase for the all-around title after scoring a 9.775.

But the lead wasn’t secure. While Frattalone had posted a strong 38.575, Park Center junior Annika Lee was in striking distance and had yet to do her routine on the uneven bars.

Lee had a strong bars routine — but not quite strong enough. Her 9.55 fell just short, giving Frattalone her second state title in a row. With it, she became only the second gymnast in state history to win an all-around championship in both classes.

Lee’s bars routine was the last of the meet, adding to the tension. If she scored a 9.625 or better, the title is hers. Thanks to the Minnesota State High School League's adoption of live scoring, nearly everyone in Roy Wilkins Auditorium knew what was at stake.

Except the two gymnasts at the center of it all. Neither had a clue.

“I knew,” Mahtomedi coach Debbie Driscoll said. “But Bella, she didn’t have her phone on all night. I wasn’t going to tell her.”

Said Frattalone, “I just wanted it to be a surprise.”

Lee had no idea either.

“I didn’t know,” she said. “But I would have just done what I always do, just go out and have fun.”

Fun was the overriding theme of the night for both gymnasts. Frattalone’s stated goal at the start of the season was not to win another title, but simply to enjoy herself. After all, it was her final meet as a competitive gymnast.

“This season, I just wanted to have fun,” Frattalone said. “It’s my last one and I didn’t care as much about the outcome as I did the previous years.”

A club gymnast until last season, Frattalone never expected to have the kind of success she did once she reached high school.

“I had no idea how this whole experience would go, because being a club gymnast, I wasn’t at the top of my level,” she said. “It’s just kind of nice to see that my hard work paid off. This is a great way to end my gymnastics career. I’m really happy with it.”

Frattalone also won the vault and the floor exercise with a 9.825. Anna Altermatt of 2A team champion Lakeville North won the uneven bars with a 9.675; Maple Grove’s Nadia Abid won gold on the balance beam, also scoring a 9.675.