Overcoming an early vault stumble, the Panthers lived up to their No. 1 ranking. 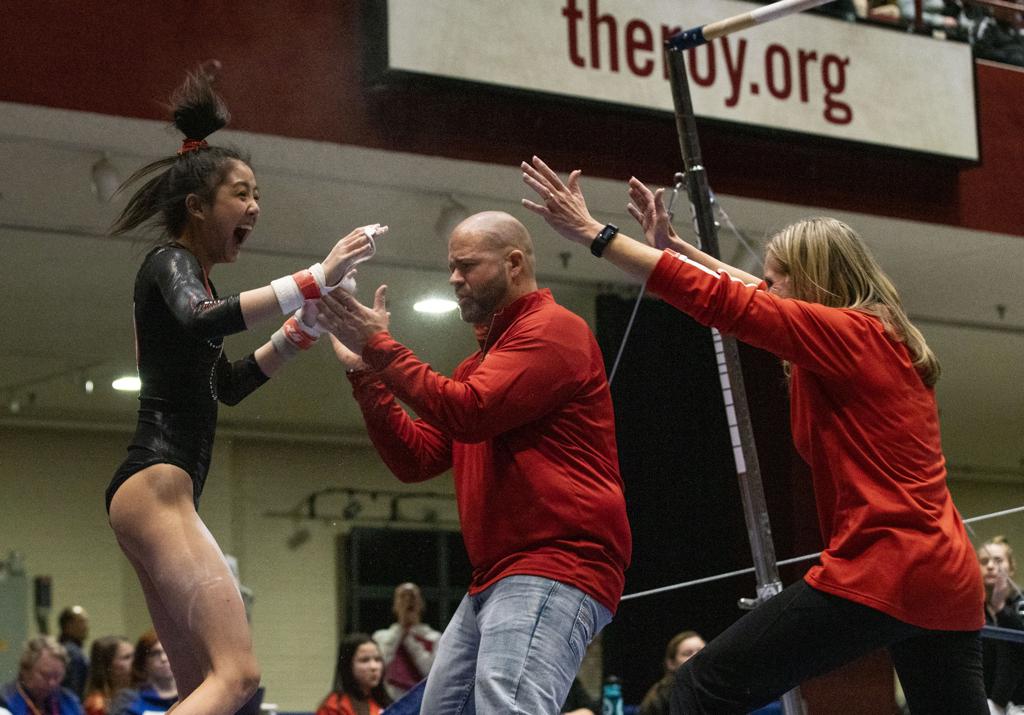 Anna Altermatt swears she and her Lakeville North teammates didn’t know. Judging by their celebratory shrieks of joy when it was announced Friday that the Panthers had won their second consecutive Class 2A team gymnastics championship and third in four years, it’s hard to believe otherwise.

Lakeville North was ranked No. 1 in Class 2A all season and featured the deepest and most talented lineup in the state. Most observers at Roy Wilkins Auditorium expected the Panthers to emerge with another title.

Everyone but the Panthers themselves, that is.

“We didn’t know we had won until the awards ceremony,” Altermatt said. “We try not to look at our parents and [coach] Teri [Homan] does a really good job keeping us under control. We don’t pay attention to other competition.”

Expectations followed Lakeville North all season. Homan said keeping her team pointed in the right direction was one of her primary goals.

“You know you have targets on your back,” she said. “We spent a lot of time in the offseason rebuilding chemistry so that we were one unit. That was key to our success.”

Having such a strong lineup enabled Lakeville North the ability to weather an early stumble in its first event Friday. The Panthers followed up a substandard vault performance with the best team balance beam score of the meet, righting the ship before it even began to list.

“Coming back after having a few hiccups on one event and just shining the way they did, you can’t ask for anything more than that,” Homan said.

The term hiccup, however, was largely relative. The Panthers’ team score of 37.025 was still good enough to be tied for third in the event, and it featured perhaps the most anticipated effort of the meet.

Altermatt made a splash during the regular season when she successfully did a Twisting Layout Yurchenko at the Lakeville Invitational, a vault never before seen in high school competition. While she tried the vault on both of her two passes Friday, she wasn’t quite able to pull it off.

“It’s definitely a hard vault,” she said. “And it was a little more stressful tonight because I’m still trying to be consistent.”

Rachel Steiner, who — along with fellow seniors Altermatt and Ashley Goodlund have been stalwarts through all three championships — said the Panthers’ maturity in the face of a disappointing result was key.

“One of our best qualities is that we stay together,” Steiner said. “We’re at our best when we’re focused on staying together and having fun.”

And while all three titles were memorable, Steiner admitted that this one was the best of the bunch.

“Freshman year was the best feeling, but last year meant more than freshman year and this year means the most,” she gushed. “This is by far the greatest thing.”