Defending champion Lakeville North is favored to repeat as the Class 2A team titlist while the absence of perennial power Detroit Lakes has made Big Lake a leading contender for the 1A championship. 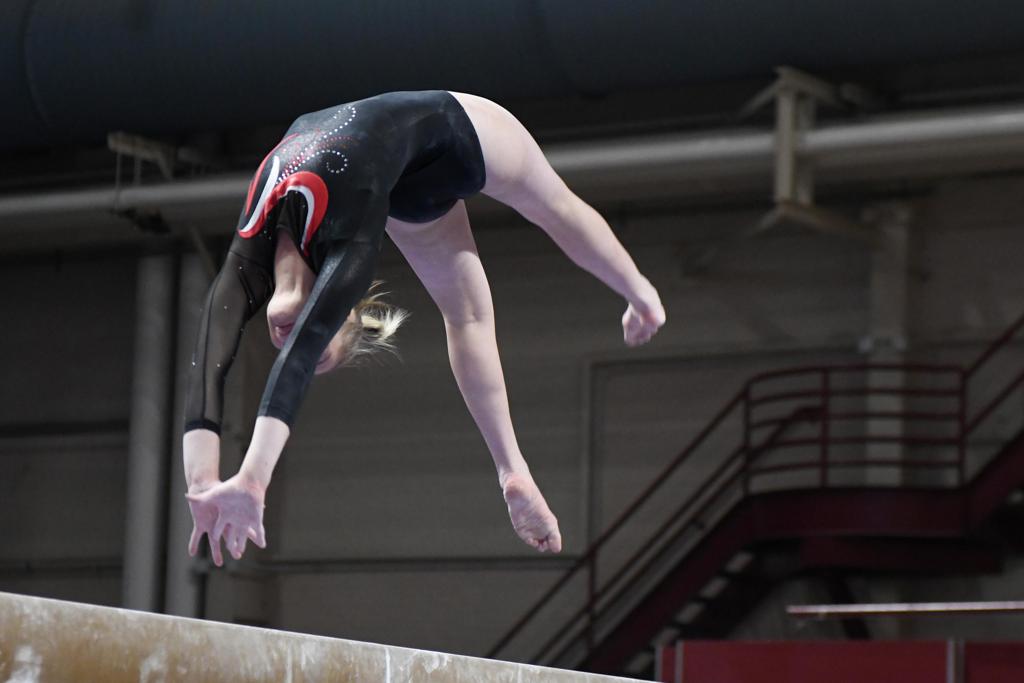 Rachel Steiner of Lakeville North performed on the balance beam at the 2019 state meet. Photo: COURTNEY DEUTZ • Special to the Star Tribune

Class 1A overview
It’s notable as much for who is missing as for who qualified. Detroit Lakes’ run of five state championships was ended when the Lakers finished third in the Section 8 meet — the deepest section in Class 1A — behind Perham and Melrose. If there is a team favorite, it would be Big Lake, which ended the season ranked No. 1. Perham, which won eight consecutive state titles between 2004 and 2011, has the state tournament pedigree and should present a challenge. Individually, last year’s all-around champion, Bella Frattalone of Mahtomedi, has moved to Class 2A this year with the Zephyrs moving up in classification. Among the top challengers for the all-around championship are Becca Green of Annandale, Alayna Schloeder of Rockford, Jada Olsen of Perham and Anna Mielke of Watertown-Mayer/Mound-Westonka.

Class 2A overview
Defending champion Lakeville North, the only team in the state to post a score above 150.0, is the clear favorite. The Panthers feature the state’s deepest lineup of all-arounders in seniors Rachel Steiner, Anna Altermatt and Ashley Goodlund, and sophomore Kaitlyn Nguyen. Sartell-St. Stephen is making its third straight consecutive meet appearance but first in Class 2A, having moved up a class before the season. The Sabers ended St. Cloud Tech’s 14-year stranglehold on the Section 8 title. Consider Mahtomedi, East Ridge, Elk River/Zimmerman and Cambridge-Isanti as dark horses. All average above 145 points. Missing is three-time defending all-around champion Chaney Neu of Champlin Park, who is still recovering from an early-summer knee injury. The all-around title is up for grabs, with Frattalone, Steiner, Altermatt, St. Michael-Albertville’s Livia Dombeck, Park Center’s Annika Lee, Maple Grove’s Nadia Abid and Wayzata’s Grace Treanor all in the hunt.