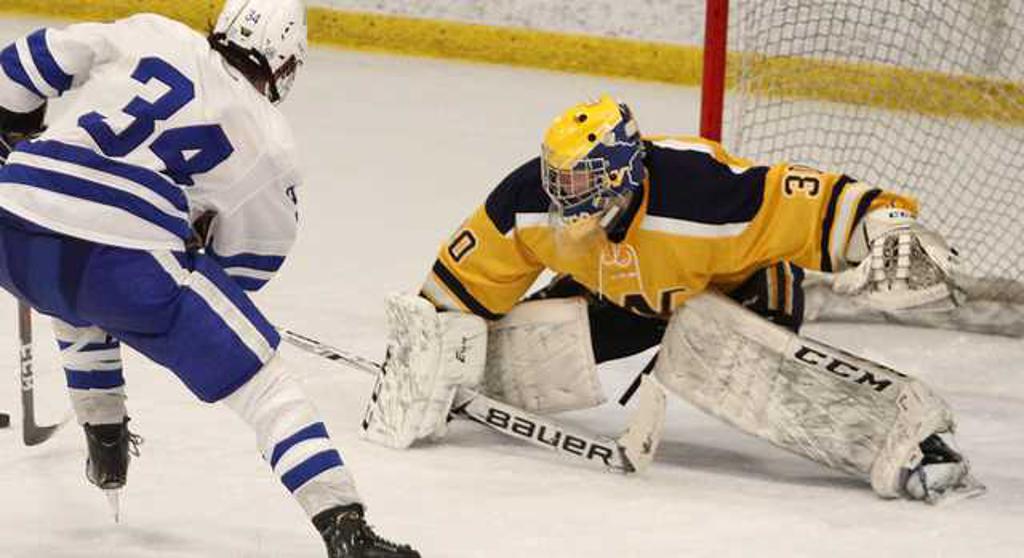 It seems the tighter things got for Bonello and his Wayzata teammates last week, the more confident he became.

He made 29 saves — including 14 in the third period — in a 2-1 victory over Class 2A, No. 1 Eden Prairie on Thursday and followed with 28 saves in a 3-2 overtime victory over Minnetonka on Saturday.

“Lake Conference hockey,” Bonello said. “The toughest hockey there is.”

In both games, the Trojans took 2-0 leads into the third period. Bonello made the lead stand up Thursday. The only time he said he was concerned was Saturday because, through two periods, he hadn’t seen the offensive pressure he expected from Minnetonka.

“But when they started pouring it on in the third period, I was confident because I knew I could trust the guys around me, that they would step up,” Bonello said.

Even after the Skippers tied the score 2-2, Bonello said, he wasn’t worried.

“I knew how our team plays,” he said. “We play poised, we play with clear heads. We don’t change our game.”

Still, he said it was the best feeling he’s had all season when the Trojans got the game-winner in overtime.

“I was ecstatic,” he said. “When you work hard for [55 minutes] and you get that end result, it’s a feeling you don’t want to get rid of.”

The Bengals gave up 83 shots in two games, but the freshman goaltender only let three get past her, leading to a 1-1 week. She stopped 47 shots in a 2-1 loss to Class 2A, No. 1 Andover and made 33 saves in a 2-1 victory over Hill-Murray.

The junior guard has been a model of consistent production as the Hornets won four of their last five games. During the stretch, she scored 93 points, made eight three-pointers, and added 29 rebounds, 25 steals and 20 assists. 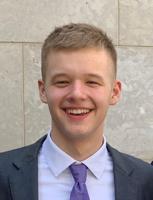 The senior won the pursuit title at the Twin City Nordic Ski Conference meet, taking first on both legs. He went 13:07 in the classic portion and 12:01.8 in the skate to finish in a combined 25:08.8. It was his third meet victory in the last two weeks. 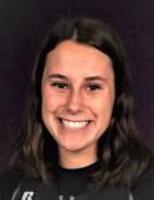 The Panthers had their best week of the season, winning two of three, with the versatile point guard leading the way. Over that span, Monahan scored 75 points, grabbed 32 rebounds, dished out 24 assists and racked up 14 steals.

After battling the flu for a few weeks, the junior is rounding into top form with the postseason in sight. She won the all-around at two dual meet victories last week, topped by 37.225 at Osseo. Lee topped the podium in nine of 10 events.