Her coach at Champlin Park isn’t counting on her return this season as she focuses on rehab from an injury suffered last spring. 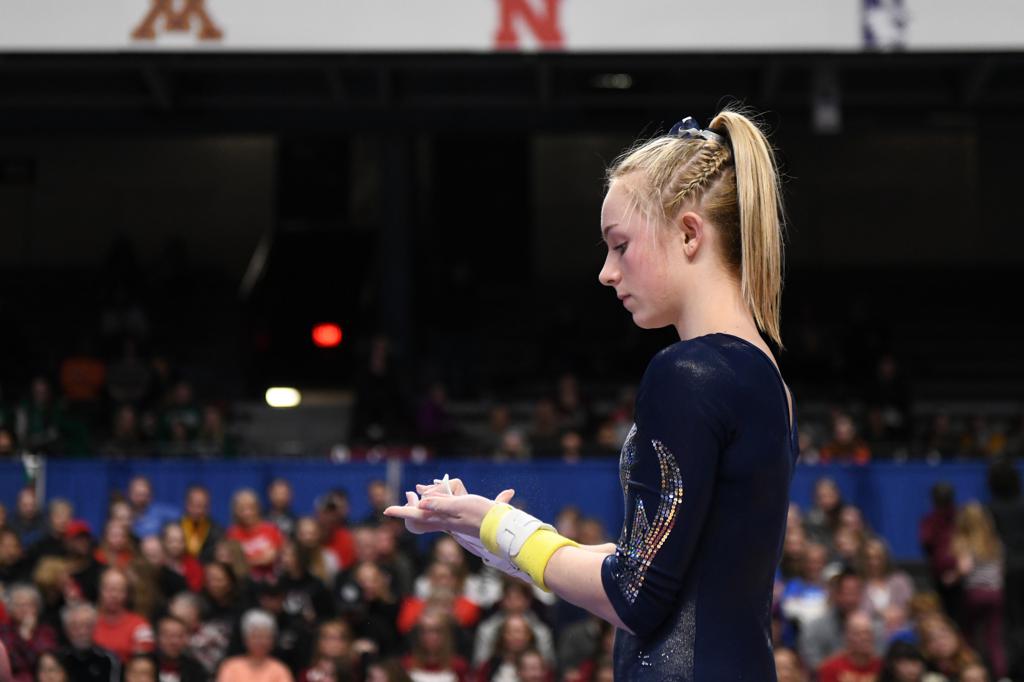 Chaney Neu of Champlin park waited to begin her routine on the uneven bars at the state meet last February. COURTNEY DEUTZ • courtney.deutz@startribune.com

Right now, Champlin Park’s Chaney Neu isn’t thinking about winning another Class 2A all-around championship, something she’s done in each of the three previous seasons.

Neu suffered a serious injury to her right knee on Mother’s Day — tearing her meniscus, MCL and ACL — and has been in recovery since.

“I can’t get my range of motion back. I thought I’d be running by now, basic stuff,” she said. “Most of the summer, I just stayed in my bedroom. My mom started calling it my dungeon.”

The problem been a build-up of scar tissue in the injured knee. She had a second surgery to remove excess scar tissue in August, which further pushed out her recovery.

Will she be able to compete this season?

“The doctors don’t know yet,” Neu said. “They just say to focus on my rehab and then they’ll give me a timeline.”

Her coach, Jon Wynia, is resigned to a season without his top gymnast.

“The official statement we’re making is: Due to complications and the need for an additional surgery to repair her knee, the recovery timeline won’t allow Chaney to safely compete this year,” Wynia wrote in an e-mail.

Neu, who scored the first perfect 10 in state meet history when she nailed a vault in the Class 2A individual competition last February, has been keeping herself busy by doing things she never had the chance to do before. That includes helping out as a team manager, imparting wisdom where she can.

“One of my best friends on the team, Emma Saksa, always starts laughing when I do,” Neu said. “She always says, ‘Chaney, I can’t take you seriously.’ ”

She’s got a part-time job, working at a pet hotel in Maple Grove. And she got to watch school friends compete because she wasn’t sweating away hours in a gym.

“I got more time to watch my other friends’ sports. I went to every soccer game of one of my friends,” she said.

Having a different perspective on gymnastics — standing and watching rather than participating — has given her a new perspective. “I see things differently,” she said. “Now, I’m like ‘How do they do that? How did I ever do that?’ It’s scary!”

It’s also given her an appreciation for the sport that she may have lacked. “I did take it for granted. It’s weird to be out of it.”

As for defending her title in less than three months?

“I’m not thinking about that at all. I just want to get back to walking normally, then running,”