Eighth-grade, smeigth-grade. The year in school of Champlin Park’s Chaney Neu is irrelevant. What matters is that Neu pulled a terrific vault from her satchel of skills on her last event of the competition, overtaking Edina’s Megan Haug to win Class 2A all-around championship.
Neu nailed a Yurchenko layout, scoring a meet-best 9.8 on her second of two vaults, lifting her into the all-around lead. She won with a score of 38.5. Haug was second with a 38.475 and Lakeville North’s Anna Altermatt third at 38.075.
The 13-year-old Neu became the youngest gymnast in state history to win an all-around championship.
“That was my best vault of the year,” Neu said. “If I didn’t do that, I probably would have lost.”
Champlin Park coach Jon Wynia credited Neu’s love for gymnastics for her performance Saturday. “She’s just a rock-solid competitor,” he said. “She puts in the work and wants to be in the gym all the time.”
The meet was one of the deepest in recent history. As many as eight gymnasts were still in the hunt for the all-around title after six of the eight rotations had concluded. Just six-tenths of a point separated the top six all-rounders.
Neu’s all-around bested Haug’s by the slimmest of margins. Haug, making a strong comeback from a heartbreaking 2016 meet in which an injury in warmups ended her meet before is began, set the pace for a highly-competitive individual meet, posting a meet-winning 9.625 on the balance beam.
Despite coming so close to an all-around title, Haug had no regrets. “I’m happy,” she said, her neck draped with runner-up medals in all-around and vault and a championship medal for the balance beam. “This was my last meet ever and I just wanted to have fun and I did.”
Neu said she wasn’t aware that she had won the meet until her name was announced in the award ceremony.
“I knew I had a chance, but there were so many great gymnasts here that also had a chance,” she said. “I had some good meets in club [gymnastics], but this is probably my best ever.
Neu also won the floor exercise with a 9.725. Roseville’s Olivia Rosenow took the uneven parallel bars title with a 9.75. 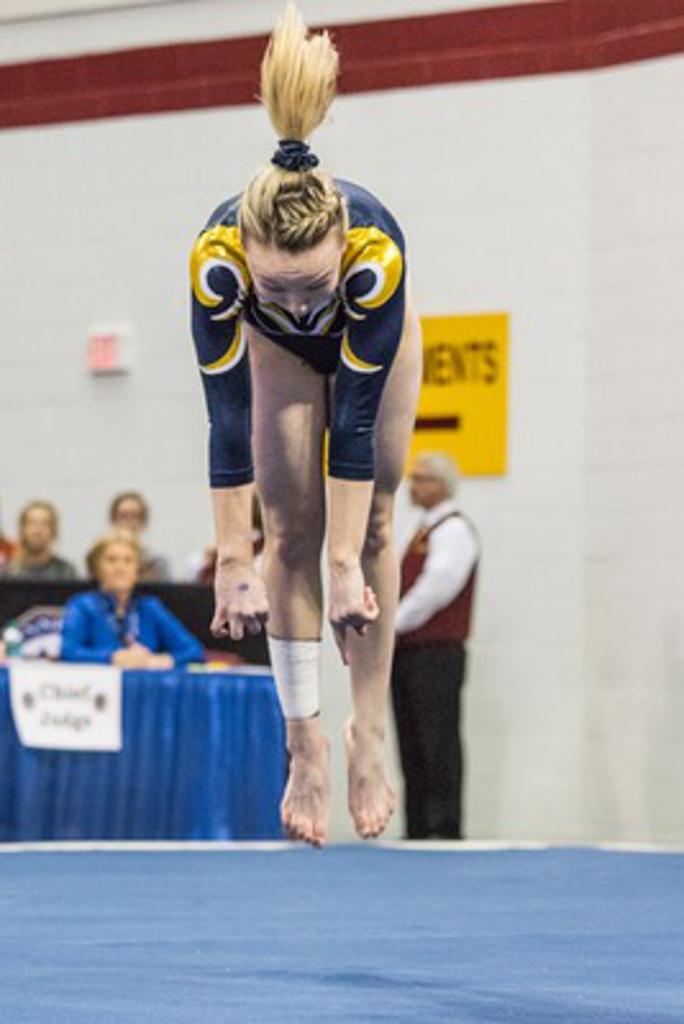